Sponsor donations help to cover the routine costs of that mini pig.

Sponsors receive a Sponsorship Certificate
A letter and a photo from your sponsored mini pig,
Your sponsored pigs backstory
A special keepsake gift.

To sponsor a pig please use the PayPal box below to set up monthly $25 donations. Be sure to tell us which pig you would like to sponsor. Or you can choose our “All pigs needs” to help cover the costs of the rescue in general.
We will let you know when your sponsor pig has been adopted. 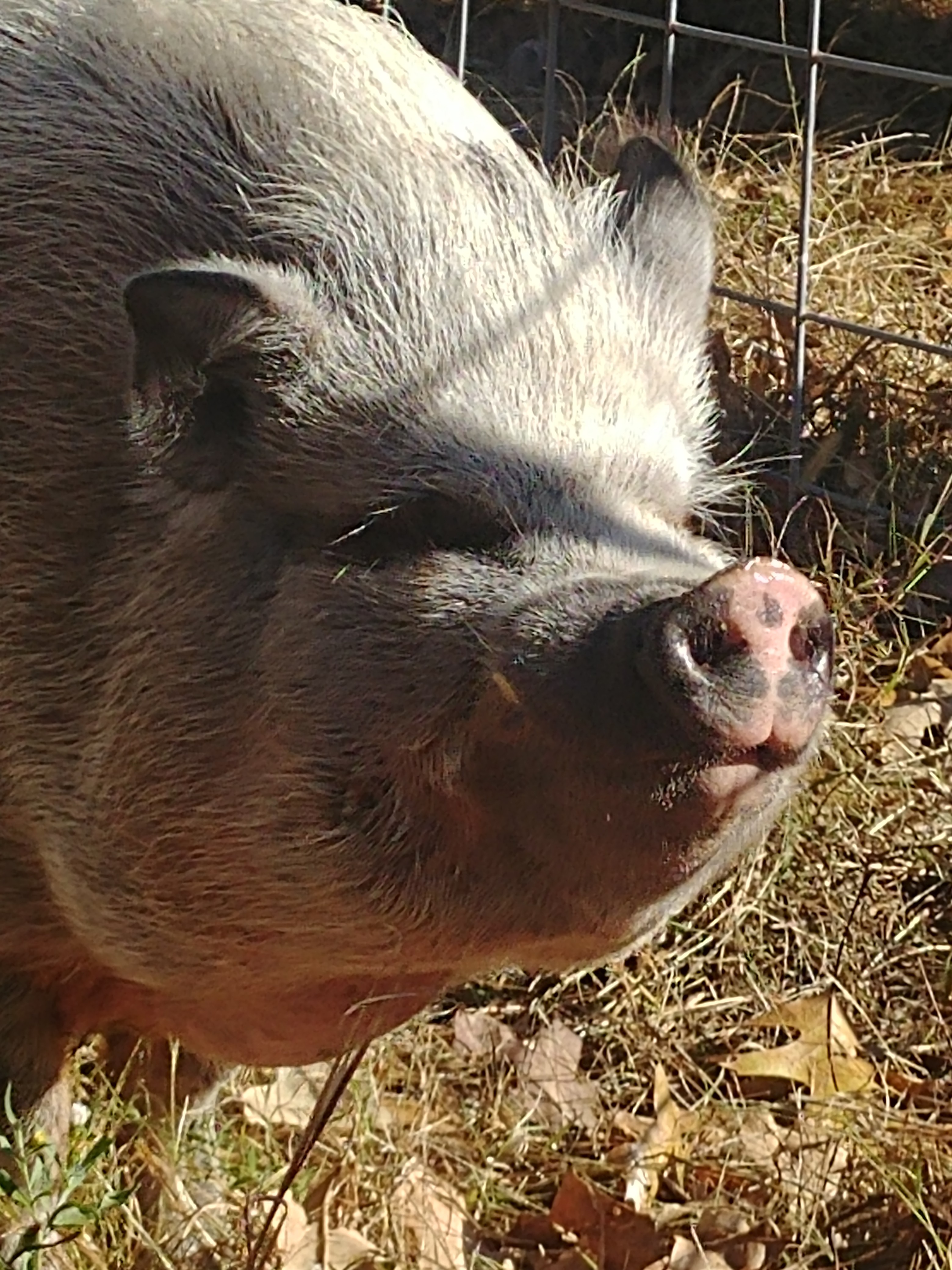 Sweet Wallace was left abandoned at a known “crack house” He had been left to fend for himself for months in flith, and in an area that had no safe place for him to sleep, He dug though the piles of trash his family had left behind before we were called to come and get him looking for food, chewing on metal, and bags of posion. Wallace is a sweet boy who hot pants every time he sees us. He is calm and loving and still so trusting. Floyd was very much loved and cared for before coming to Oinking Acres.. His owner got very sick and could no longer take care of him. Floyd is 4 years old and looking for a new home to call his own. Raised in a town not zoned for pigs. Winston was adopted out but came back to Oinking Acres after family had to moved. Winston is 3 and neutered, He is ready to find a forever home. Dumped at Oinking Acres he is believed to be about 1 year old. Taz is currently recovering from a deep stab wound. He will be neutered in late August and will then start basic training and working on trust building. Romeo
Dumped at Oinking Acres he is believed to be about 6 months old. Romeo has been neutered since showing up here at the rescue and is now working on socializing and basic training. We hope that he will soon be ready to start looking for a forever home. Maggie is almost 3 years old, She was left in a small fenced area with almost no human contact at all. Her owners were scared of her and had no clue how to take care of her. She was fed peanut butter sandwiches and rice which they just threw over the fence. When We picked her up she was overweight and very scared. Maggie has lost some weight, is on a healthy diet and is slowly learning to trust. She will come to us and take a treat from us but still doesn’t let us touch her. We hope one day to give her belly rubs. Until Maggie learns that she can trust humans she will remain here at Oinking Acres. One of our meishan mix fosters, Noodles has been at Oinking Acres since he was only days old. Along with 5 other orphans spilt between Oinking Acres and Charming Mini Pigs. One of our meishan mix fosters, Odie has been at Oinking Acres since he was only days old. Found wandering on the side of a dirt road. She is around 2 years old. Complete sweetheart. Is an owner surrender due to the owners failing health. He is a happy go lucky little guy. Sponsored By Caring Hearts Was surrendered because she was not getting the care or diet that she needed. She is a tiny girl with a big personality. Along with her sisters were fed dog food and corn to fatten them up faster for slaughter. We were lucky and able to save the 4 girls from being sold in a town not zoned for mini pigs. Ralph is 3 years old, He came to us as a foster after his family moved away and couldn’t take Ralph with them. He is neutered and loves being outside, Ralph has always been an only pig and is really enjoying getting to know his new pen buddy Taz.